0 Australia, Free West Papua, Indonesia, Internasional, UN 6/06/2016 11:05:00 pm
A+ A-
Print Email
Darwin, Tabloid-Wani -- Indonesia’s consul in Darwin has denied awareness of any “external pressure” put on the owners of a building housing a mural supporting West Papua to paint it over.

Andre Siregar on Monday tweeted “I am unaware of any external pressure. Good neighbours & friends are always open to discussions”.

His comments came in response to news over the weekend that an employee from Randazzo Properties emailed the artists’ group that painted the mural in the central business district to say that “due to some external pressures I have been asked to see the wall painted out as a matter of urgency”.
Jeremy Corbyn on West Papua: UK Labour leader calls for independence vote
Read more

Cindy Watson, an activist with the Free West Papua movement in the Northern Territory, said the employee had said the Indonesian consulate was driving the pressure.

The mural was agreed upon and painted last June, and depicts one hand reaching from the Aboriginal flag towards another hand from beneath the West Papuan Morning Star flag, which is associated with the independence movement.

“This is a show of solidarity between Aboriginal people and West Papua people; now what part do they [the Indonesian government] play in that?” artist and Larrakia elder June Mills said.

“That’s just bullying tactics, that’s sticking their nose in where it’s not required ... if they’re finding that mural offensive or in your face that’s because its bringing to people’s attention the plight.”

Siregar told the ABC he had written to the NT government in August registering his opposition to the mural and said its proximity to the consulate and to Parliament House had raised questions from visiting Indonesian officials over support in Australia for the West Papuan independence movement.

“I think the Indonesian government are feeling they’re under pressure and they’re trying to pressure either the [NT] government or the property owners because the Morning Star is something they’re actually more afraid of than they’d like to give it credit for,” Watson said.

“What it implies is that they’re more worried about West Papua than people realise.”

Benedict Coyne, the president of Australian Lawyers for Human Rights, said it was concerned by the reports of external pressure being applied to paint over the mural.

“ALHR is concerned by allegations of any attempts to use external pressures to limit the rights of freedom of speech and expression in Australia,” Coyne said. “These rights are essential to a healthy and vibrant democracy.

“It should be remembered that the right to freedom of expression includes the right to peacefully advocate for things like referendums and independence as long as that advocacy does not involve incitement to discrimination, hostility or violence.

“If residents of the Northern Territory wish to draw attention to the plight of West Papuans who are engaged in a struggle for self-determination and do so in accordance with Australian laws, there should be no external pressure to silence them.”

No one at Randazzo Properties was available to comment on Monday afternoon and it’s not yet clear when the mural might be removed or papered over. 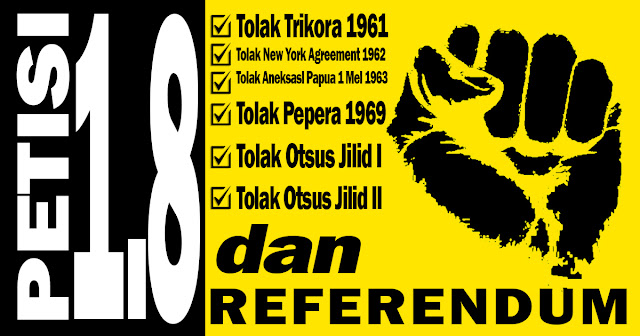